My Bebop2 drone by Parrot met its end a couple of Sunday's ago when it decided to “fly away” into a pecan grove somewhere between Phoenix and Tucson, Arizona.

I loved that drone. It was the replacement for the fifth one I bought. I got each one at Best Buy because of their liberal return policy. The drone is a dream to fly. It gives my view a little more reach.

I love it so much I got another one. I can't wait to fly again.

My 2015 resolution was to be an unordinary instructional designer.

THE ZOMBIE ENGAGEMENT MODEL TO THE RESCUE

Mostly I design transformational learning experiences. It's a relative phrase, though. The learners I support are clinicians: doctors, nurses, and other healthcare staff. A good chunk of their professional development (PD) comes in the form of conferences. Conferences are mainly sit and get events, often accredited. My challenge in 2015 was to increase engagement. I accomplished this through butts-out-of-seats (BOOS) activities. My model: teachers and students in K-12.

At CUE15 in Palm Springs, CA I heard a teacher mention the Zombie Engagement Model (ZEM) of instruction. I'm pretty sure she made up the term. I haven't been able to turn up anything about it even after researching it for most of the year. It got me to thinking though. What are zombies after? Brains. They want our brains and the know-how that resides therein. Successful zombies get and consume brains by moving around. Woe to the stationary zombie.

Here's what months of research into the Zombie Engagement Model revealed.

My work involves collaborating with subject matter experts (SME). It used to be that I would take pains to learn as much as I could about the content side of a project before meeting with a SME. No more. Since I started practicing design thinking the SMEs tend to do the heavy lifting. I squiggle what I think they say (dark lines in sketch). Then they tell me how it really works (red lines in sketch). This saves a lot of time and effort. In fact, in the projects I worked on in 2015 SMEs did most of the prototyping and testing. Want to be in the know? Squiggle. 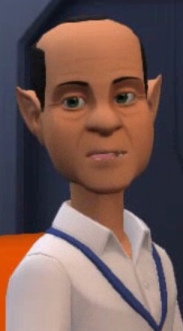 I learned about Plotagon in 2015. It's an animation app on my iPad. I use it to mock up ideas and storyboards. Sometimes, heck most of the time, my ideas are so different others don't get them right away. Plotagon helps me make ideas visible. Sharing out an idea quickly engages like nobody's business. It gets people talking and moving ideas around. Want real engagement? Be seriousless. @ChristyCate gave me the heads-up about Plotagon. 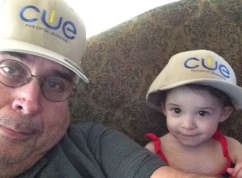 I wanted 2015 to be unordinary. I didn't get there being conventional. It involved learning alongside a diverse group of people. Carly was one person I learned tons from. She's my granddaughter. We like shiny objects. I used to fear misses and fails. They don't faze Carly in the slightest. In a safe environment learning is play. Take risks. Get it right the nth time. Be unordinary. 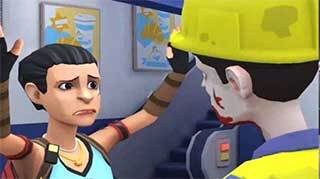 Share what you do with others. Blog about it. Tweet like you stole it. Which, when you stop to think about it, you might have. I don't live or work alone. I interact with a great many people in person and virtually. My work is influenced by those I'm with. Give credit where it's due and show your work. @JaneBozarth turned me on to this.

I learned about micro narratives last week. I used to ask questions to encourage others to share their story. Then I'd figure it out and move on. What I think I'll do next year is continue encouraging others to share but then ask them to figure out and share what it means. I think this will enable me to produce higher fidelity learning experiences. I was encouraged to do this by slowing down one day and giving a listen to Dave Snowden.

My blogging hit its stride this year. I have two blogs, PuzzlingMix and Connect the Dots. I don't have a set schedule for writing and posting. I do it for myself. They're reflective journals for the most part. Want to see how my year went: Check out the blogs.

I learn from teachers that teach in K-12 schools, mostly through meetups at EdCamps, CUE, AZK12 hackathons and the eLearning Guild. Most of what I learn is transferable to adults: strategies and activities. The true gems, like the Zombie Engagement Model, spike my interests. How Might We (HMW) is a phrase I repeated a lot in 2015.

My 2015 takeaways: learners ain't zombies. Through context rich (stories and scenarios) experiences learners get up, engage and collaborate with their peers and make their learning visible. Be the unordinary instructional designer.

Thank you to my PLN for helping and encouraging me to be unordinary. See you in 2016.

CALL LETTERS AND OTHER SIGNS

At 20 working in Los Angeles KFI AM was my radio station. Dick Whittington, Lohman and Barkley and other radio personalities helped make the long commutes bearable. At least it they did until that jackknifed taco sauce tanker truck accident on the Santa Monica freeway that hot June afternoon got me to enlist in the US Navy. But that's a story for another time.

KHJ, KTTV, KTLA and KCOP were the TV stations I watched growing up. They introduced me to The Million Dollar Movie where I saw Godzilla for the first time, Gigantor, Seymore and his cheesy sci-if movies and Felix the Cat.

More recently the stand-out call sign is ds106 and the daily create TDC hashtag. For some months in 2011-2012 ds106 and TDC helped connect me with my creative side. I was working at the FLETC (Federal Law Enforcement Training Center) in New Mexico in those days.

Anyway, each TDC gave me a creative challenge to complete. I started most days with one. It helped ease me into my days designing learning experiences. It helped me find my groove.

A little while ago I was pleased to notice a retweet that mentioned a draw a horse TDC.

So I accepted the challenge and it's like I'm home again.

I’m taking a MOOC this month. It’s about designing a little humanity into the online learning experience. As you might imagine, being human, I have strong feelings about it.

WHEN LOSING YOUR MARBLES IS A GOOD THING

I think the Humanizing Online Learning MOOC I’m taking is off to a bumpy start. It’s only borderline engaging. At the moment I’m listening to a webinar. I’m not really paying attention to it though. The reason is I don’t see it as engaging. Humans have five (traditional) senses: sight, smell, touch, hearing and taste; the webinar, comprised of video and audio, engages only hearing since I’m not watching it. (One might argue it’s engaging my sense of touch and sight, too, since I was sketchnoting).

Whilst I was not watching the webinar I drew the above sketch in Paper by 53 on my iPad. It’s a memory of me as a boy learning to play marbles. Everything I heard the instructor talk about in the webinar is contained in the sketch: trust, community, activity, being real and safety.

My takeaway from the webinar is that students want context in their learning experience. They want to do stuff with their bodies and minds. If they can do stuff with others in meaningful contexts so much the better.

I've been hearing lots and lots about Hour of Code during PD and Twitter chats. So the other day I got an app and started playing. 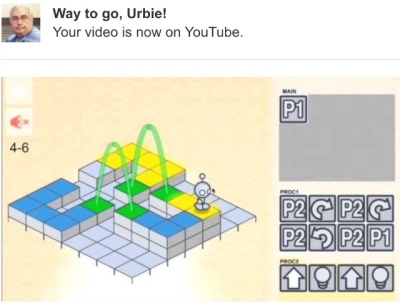 This puzzle took me hours over several days to solve. Solving the puzzles leading up to this one I hadn't yet figured out how a kid would learn programming fundamentals beyond memorizing terms.

At the end of this one, 4-6 on the Lightbot iOS app it hit me: patterns, patience and practice. Check out this video showing how it works. Notice how the bot appears to go back on itself? Early on I would stop it, thinking that it was bad. I didn't let it finish. I learned to quiet my mind and let the iteration run to its end. Another thing I learned is that there may be more than one correct puzzle solution. I have to talk with others about this to make sure.

Anyway, the idea that me, an instructional designer would be playing with programming puzzles seems, on its face, weird. But the thing is, it's fun solving puzzles. Fun made the learning experience very engaging. I can definitely use that in my craft.